Mount Pleasant, Charleston’s largest suburb, is located on the Atlantic Coast North of Savannah and South of Myrtle Beach. The suburb, initially occupied by the Sewee Indians, was founded by English settlers in 1680. Mount Pleasant houses many entertainment and amusement attractions such as The Naval and Maritime Museum, Patriot’s Point. The museum houses World War II aircraft carrier USS Yorktown.

Mount Pleasant’s population stood at 67,963 as of 2014. The fourth largest municipality in South Carolina experienced rapid population explosion of 33.72% between 1990 and 2000. The unemployment rate in Mount Pleasant is 2.80% which is lower than that of the US average 6.30%. Mount Pleasant jobs have increased by 0.65% which is positive for the suburb in the long run. With an increase in the job growth rate, it is believed that the region will attract many more residents in the long run.

The suburb is connected with the Charleston city via an eight-lane highway, the Arthur Ravenel Bridge, built in 2005. The bridge is one of the longest of its kind in the country.  The Arthur Ravenel Bridge offers awe-inspiring views of the Cooper River and surrounding tidal marshes. Mount Pleasant is close to many of the area’s recreational offerings such as golf courses and beaches. Mount Pleasant has some of the best premium shopping spots and popular restaurants. The suburb has more than 65 local and national storefronts. Shem Creek and Boone Hall Plantation are two of the best tourist attractions offered by the suburb. Boone Hall Plantation is one of the oldest plantations in the country and has been producing crops for more than 320 years. Boone Hall currently produces fruits such as strawberries and vegetables such as pumpkin.

Mount Pleasant is the most favored placed to live for those looking for comfortable South Caroline real estate options. It is often described as the “pleasant side of the river”. The place was named as one of the top 100 places to live in the US by Money magazine in 2006. Its mild climate and nearby state-of-the-art medical facilities attract many to move to the area.

There was a time when buying property in Mount Pleasant was limited to extremely wealthy people. But, many families are now moving into more affordable housing throughout the area. “The Old Village” is one such area where one can find spectacular homes built way back in the 1880s. The Avenue of Oak’s at Boone Hall Plantation is a beautiful place serving as the backdrop for several TV-movies. The scenic beauty of Mount Pleasant attracts many people to make the move and, as such, property values have been on the rise for some time.

Beautiful townhome with NO HOA FEES in The Village at Carol Oaks! Situated on a quiet cul-de-sac, this home features 2 bedrooms, 1.5 bathrooms, over 1,000 sq ft of livin...

This gorgeous home has all the space you need, without sacrificing style! Your warm welcome home begins at the front door, where the open floor plan and gleaming hardwood...

Move in ready! This beautiful 4 Bedroom, 2 and a half bath single family home is located in the desirable Park West development in Mt. Pleasant. The home opens to a foyer...

2nd story condo located in Gated Southamption Point with quick access to I-526 and Mount Pleasant Towne Center Shopping, entertainment and the Beach at the Isle of Palms....

This immaculately maintained home is a must see at a great price. It sits on a .25 acre scenic fully fenced (back and side yard) lot that overlooks marsh views from a la...

What a find! A gem of home located in the desirable Planters Pointe community with sidewalk lined streets and gorgeous amenities. 2925 Thornrose Lane offers a fantastic ...

The Silverton is the only one of its kind in Carolina Park. Be greeted at the front porch by a gas lantern. Inside is an open floor plan with designated dining space an...

Walk through the elegant iron gates of this beautifully landscaped property at 62 Eastlake Road. This Charleston single style home is surrounded by picturesque walkways a...

671 Olde Salt Run is an extremely rare opportunity for a deep-water estate in The Reserve section of the highly sought after Olde Park neighborhood. Situated on the large...

This beautiful condo is located in the highly-desirable Belle Hall area. It is walking distance to the fabulous shops, restaurants, and everyday conveniences of Belle Ha...

This is the beautiful Prescott floorplan, currently being used as the model home/sales office. With a guest suite on the main floor and a massive owner's suite upstairs,...

Wonderful opportunity to own in this charming community near Downtown, Sullivan's Island and Old Mt Pleasant. Walk to Mt Pleasant Academy, the neighborhood elementary sch...

Home is vacant, has been professionally cleaned and disinfected, please feel comfortable booking your showing with peace of mind. Looking to live the I'On lifestyle witho...

This gorgeous 2-story, in Mt. Pleasant, is filled with charm, outstanding craftsmanship and a location you will absolutely love. The curb appeal is evident in the well-ma...

Excellent opportunity to get into the award winning neighborhood of I'On. 56 Sowell Street has just undergone an extensive renovation and is ready for its new owners. Up...

Don't miss this wonderfully updated home on a lakefront lot in centrally located Watermark. Light and bright feel with white-washed pine hardwoods throughout and expansiv...

**FaceTime Showings Available! The beloved and coveted Harbor Oak Floor Plan built in 2017 is only 4 miles from the beach and 6 miles to downtown Charleston. Oyster Point...

WELCOME HOME to this BEAUTIFUL, RENOVATED, and CUSTOM Charleston traditional on a HUGE lot within Old Mount Pleasant! This home includes 2 bedrooms with an additional fle...

Welcome to RIVERSIDE in Carolina Park... one of Mount Pleasant's most sought after communities! Surrounded by lush landscaping and featuring Gorgeous BOLDEN LAKE. The Wen...

Welcome to RIVERSIDE in Carolina Park... one of Mount Pleasant's most sought after communities! Surrounded by lush landscaping and featuring Gorgeous BOLDEN LAKE.The Lega...

You may be wondering if now is a good time to buy a home…or if interest rates are projected to rise or fall. The free eGuide below will answer many of your questions and likely bring up a few things you didn’t even know you should consider when buying a home. 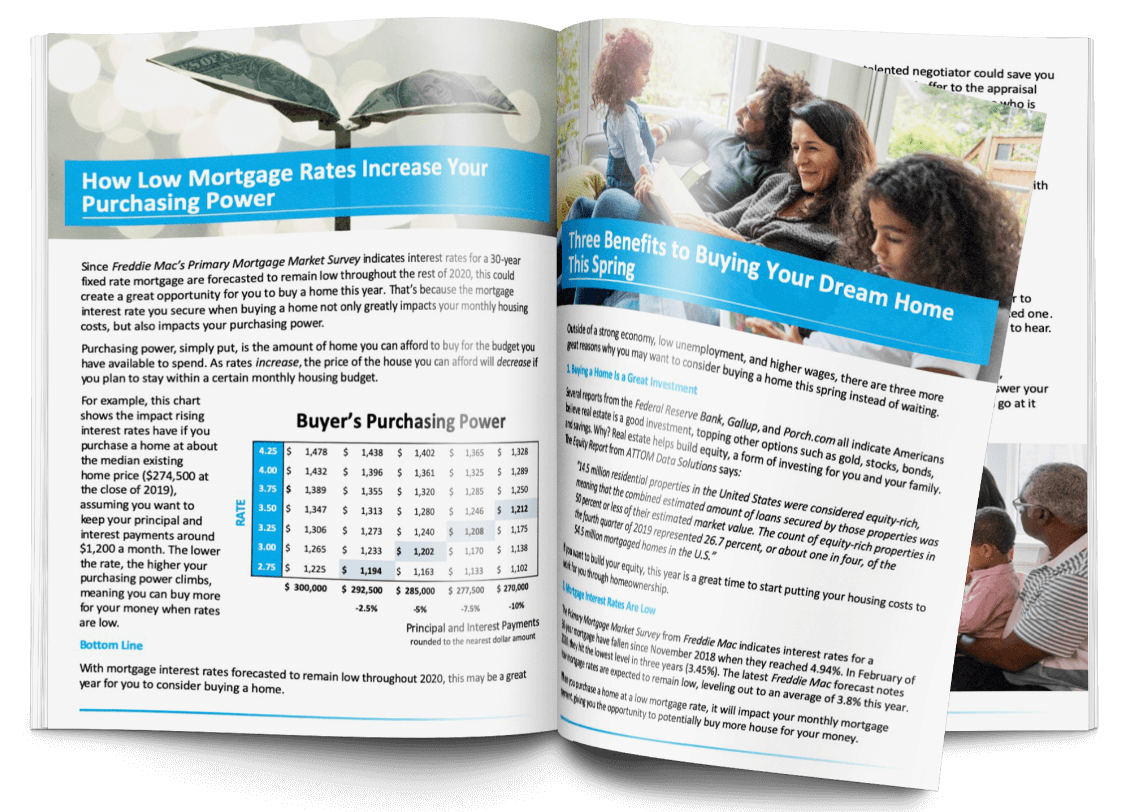 You may be wondering if prices are projected to rise or fall…or how much competition you may be facing in your market. The free eGuide below will answer many of your questions and likely bring up a few things you haven’t even thought about yet. 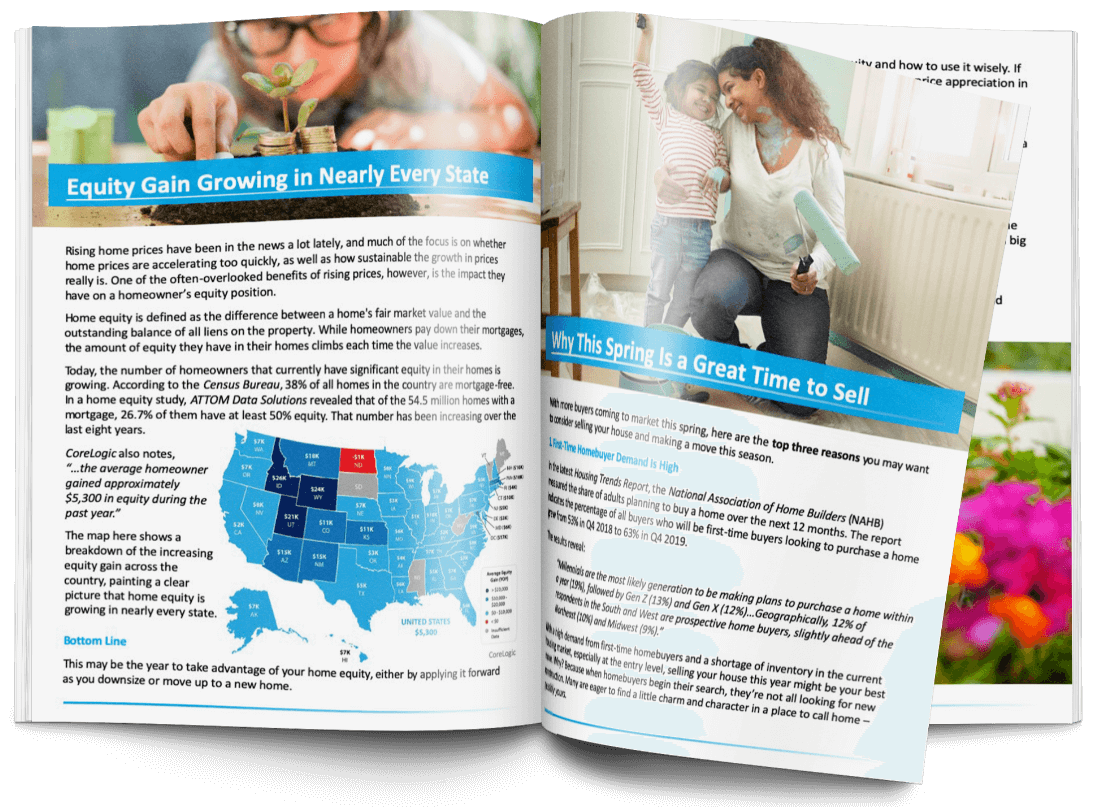 View a list of banks offering help to customers impacted by the coronavirus.